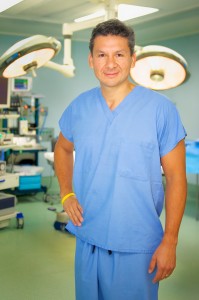 Dr. Guillermo Guzmán Amaro is an oncological specialist surgeon based in San José, Costa Rica. He is part of the Department of Surgery at the Hospital La Católica, the Clinica Biblica Hospital and is accredited as a surgeon and oncological surgeon at Hospital CIMA.  He graduated from medical sciences at the University of Costa Rica for both his MA and PhD in medical sciences. Since then, he has specialized in oncological surgery and performed over 500 surgical procedures ranging from appendix surgery to more complex breast cancer tumor extraction and gastrointestinal tumor surgery with Intraoperative RadioTherapy.

Doctor Guzmán is an accredited Doctor and Surgeon as recognized by the College of Medical Doctors and Surgeons of Costa Rica.

His experience in the oncology area stems from different rotations at institutions like the Center for Gastric Cancer Early Detection. Later he developed further expertise with rotations at the  Cancer Center “MD Anderson “at the University of Texas and then in the Department of General Surgery, Johns Hopkins Hospital, led by Dr. John L. Cameron in Baltimore, USA.

He was recognized by the Costa Rica National Medical Congress as National Expert in Gastric Cancer LXII and since 2011 is a professional member of the American College of Surgeons.

Dr. Guzman Amaro has held positions as Assistant Specialist Medical surgical oncology at Max Peralta Hospital in Cartago and in the Hospital La Católica. He was a resident of Surgical Oncology at the Hospital San Juan de Dios and the Calderon Guardia, and chief resident in oncology. He has also provided medical services in rural and social service positions MOH Health. In practice, general and specialized surgery performed with a greater interest in laparoscopic gallbladder surgery and emergency surgery (acute appendicitis, cholecystitis, acute abdomen in general), treatment of tumors of the thyroid, breast and gastrointestinal.

Dr. Guzman Amaro has been a Professor of Surgery at the Max Peralta for students of the University UNIBE and Universidad Latina. He has showcased his surgical experience and insight at national events and medical conferences including topics such as Topic Surgical Treatment of Gastric Cancer,  Updates and Techniques in surgical procedure and Whipple Pancreatic Cancer Surgery: Pancreaticoduodenectomy. 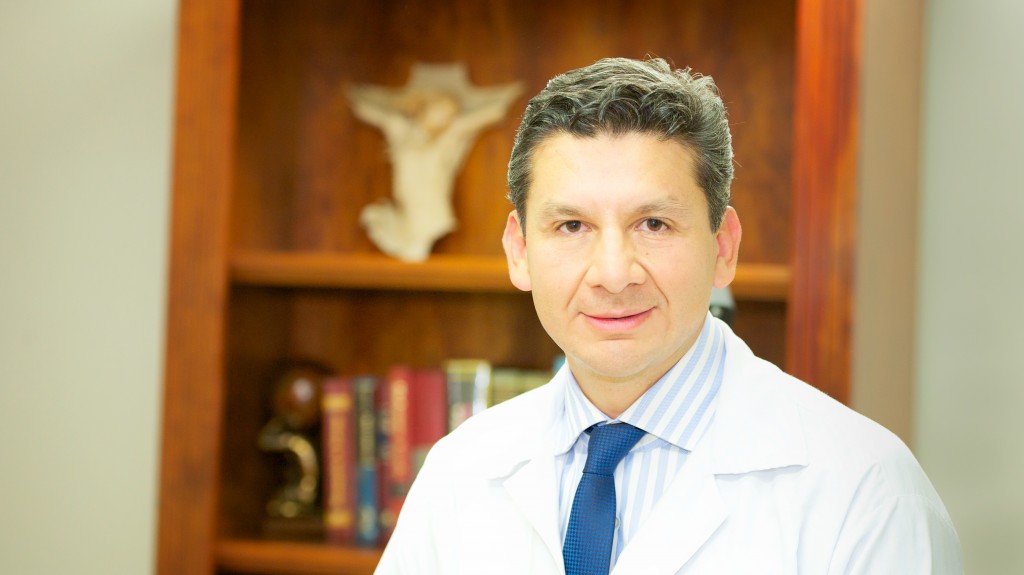 My father was a great influence to become a doctor. Since childhood I had all kinds of questions about his job and went to the hospital with him whenever I could. I remember liking his books and would look through them often. I knew then that I wanted to be a doctor. When I was a young boy in school my mom said if I wanted to study medicine I had to focus more and concentrate on better grades and understanding.  So I did. This got me off on the right foot with my medical studies at the University of Costa Rica.

I accompanied my dad to work one day and he took me to surgery and then to the emergency room to see the bustle of a hospital. I felt totally comfortable in that environment. It was my kind of place. From that day on I’ve always had a special interest in surgery.

Later, when I was doing my residency, I realized I wanted to specialize in oncology. My father was a general surgeon. At that time cancer did not exist as a surgical specialty, so he didn’t have that option. However, by the time I was in medical school oncology and oncological surgery was available in Costa Rica, so I decided to take that path.

Oncology seemed like a bigger challenge because it involves a higher degree of difficulty with the cancer factor. The patient’s condition makes it more difficult and the anatomy itself changes from that of a healthy tissue. I finished my specialty in 2000 and since then I’ve worked in public and private hospitals, including my private practice in San José and Cartago.

Maybe one day my son Gabriel will also decide to follow my footsteps in the same way I followed my dad’s in the medical field.